Today I have managed to get the GDE021A1 ePaper display (EPD) working! I used my minimal EPD-Driver board, which implements a flat-flex cable connector and a booster circuit for the display. The booster generates high voltages needed for display operation (around +-25V). The display is driven by STM32F101 Cortex-M3 CPU, mounted on a universal PCB. The picture below depicts my workbench setup (click to see a full-size image): 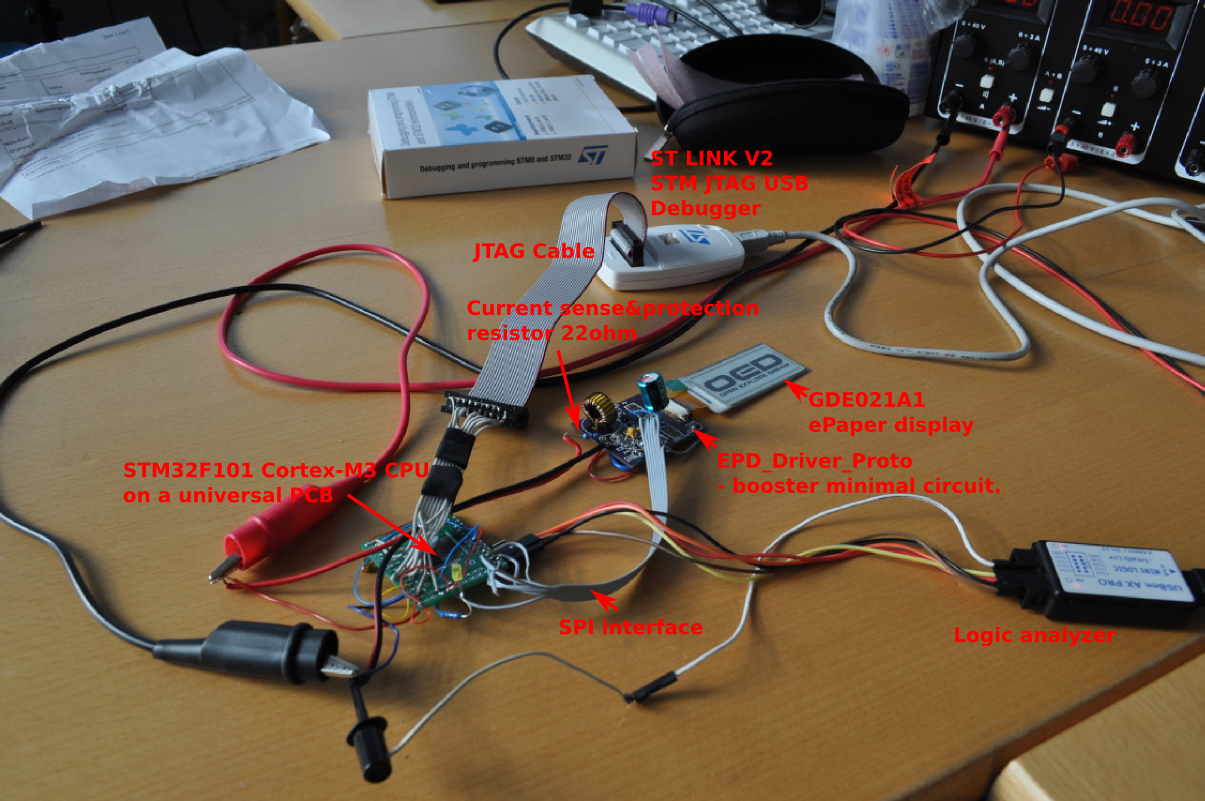 The whole circuit is powered by a single 3.3V source. The STM processor is programmed via JTAG cable by ST-LINK/V2 programmer.  The processor communicates with MCU embedded in the display via SPI protocol. Simple logic analyzer with USB interface was used to debug the communication. (This is actually my first encounter with STM and Cortex-M3 processors 🙂 )

Detail  of the CPU wiring:

For firmware I used parts from GDE021A1 display demo code. It comes with several static demo images that can be displayed. Here are few examples: 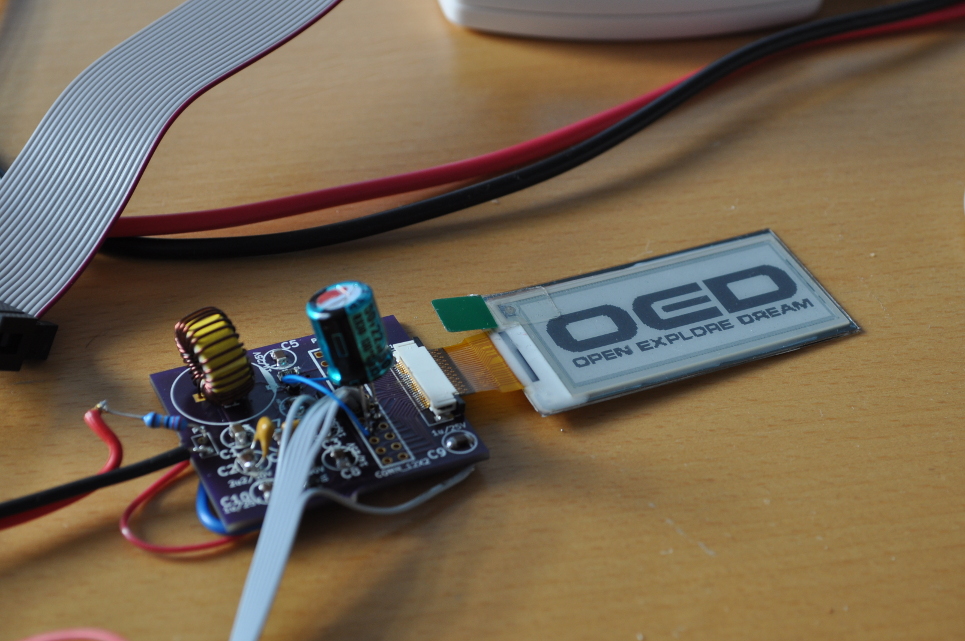 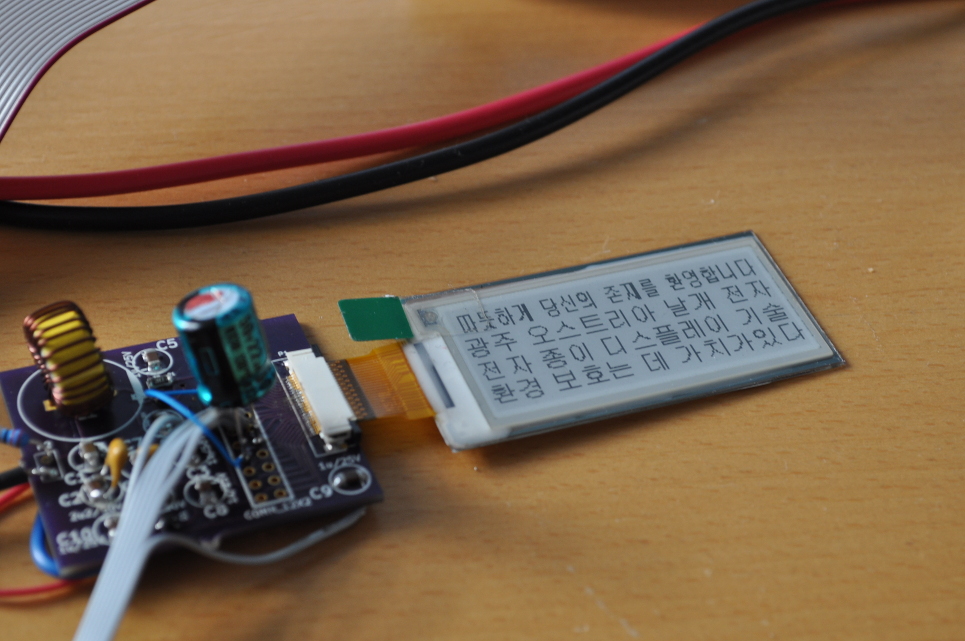 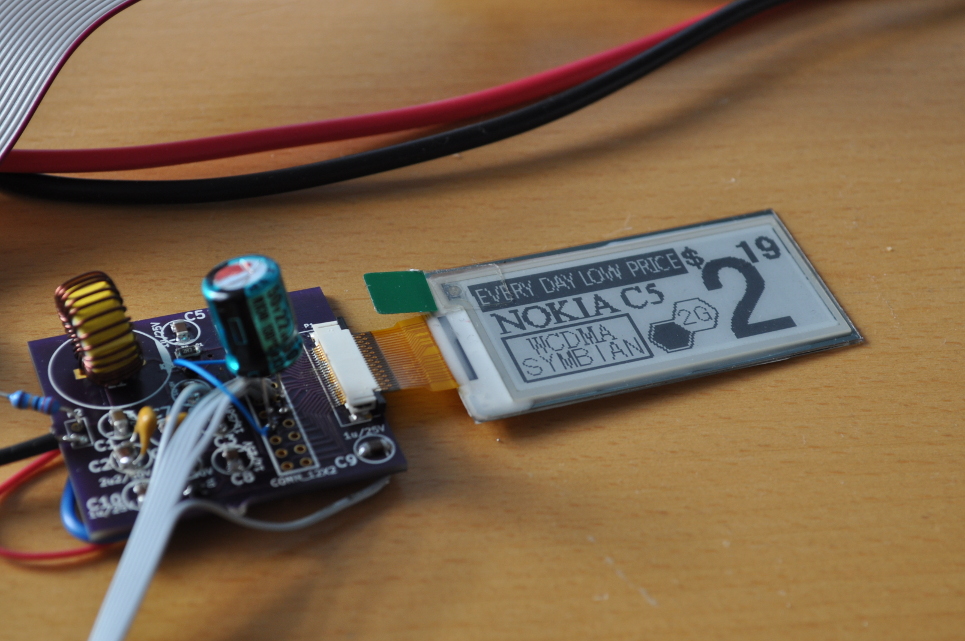 ePaper displays do not consume any power to keep a static image on. But how much do they need when actively redrawing screen? I fitted a 22.5-Ohm resistor into the power supply rail of the driver assembly, partly as a crude short-circuit protection and partly to be able to measure the current.

The picture below shows an oscilloscope trace of voltage across the 22.5Ohm resistor. Each 200mV vertical division corresponds to 8.9mA. Trace is triggered at the start of a redraw sequence of an image frame: 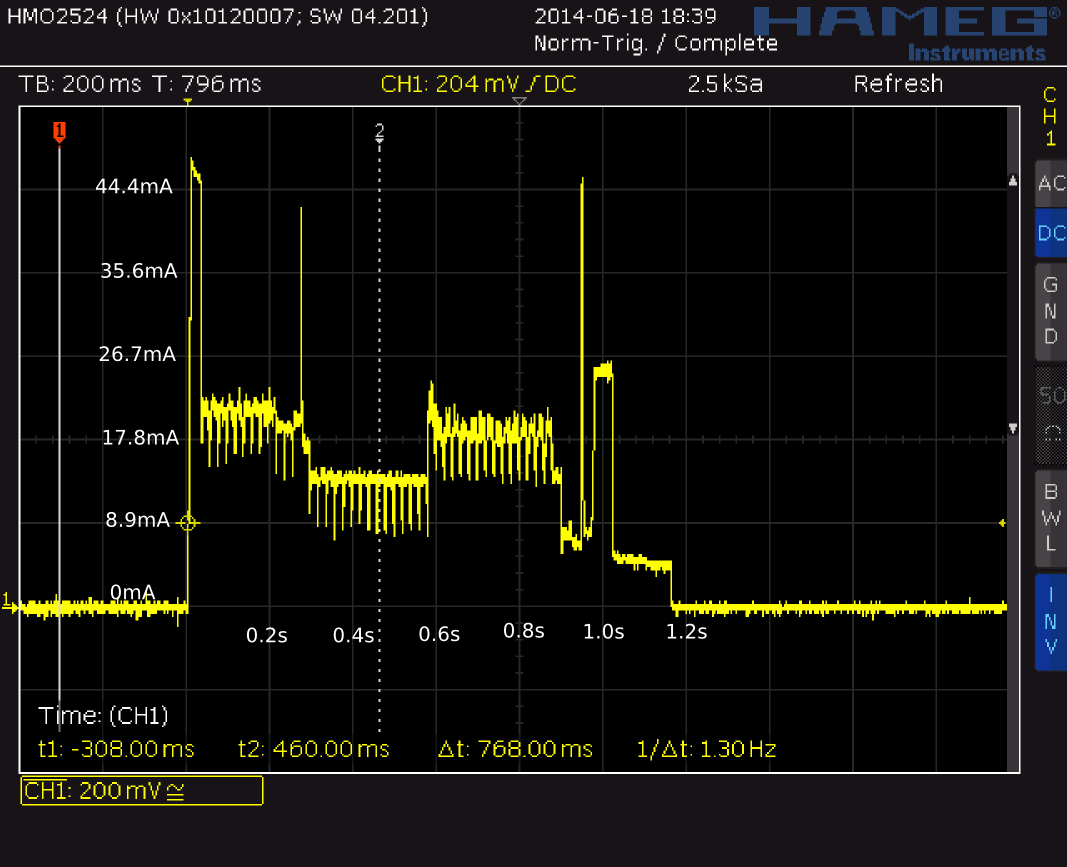 Minimal connection between display and a CPU: 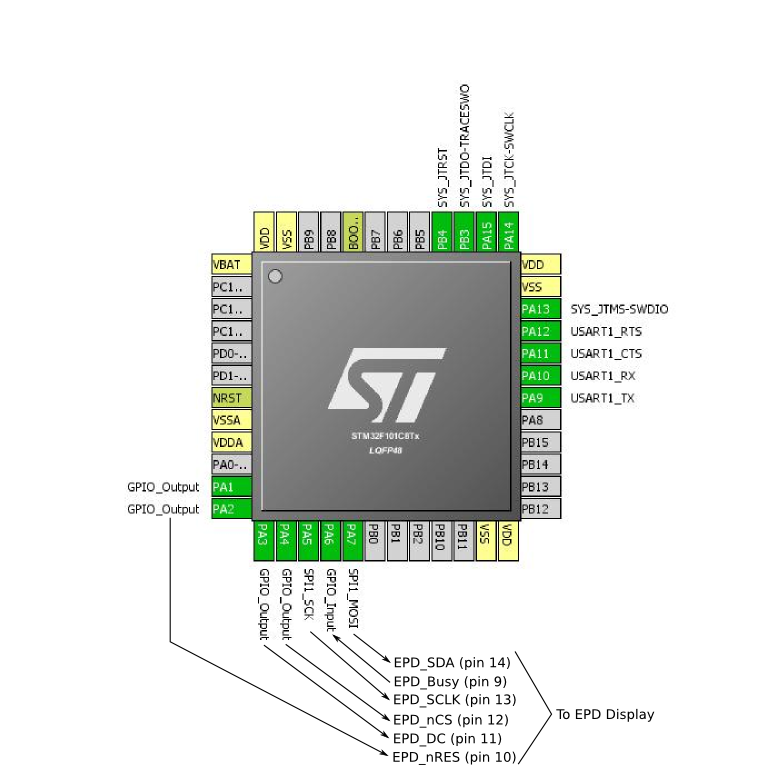